The West Virginia Schools for the Deaf and the Blind

A late summer breeze carries the fragrance of trimmed grass and fresh paint through the tree-lined campus of the West Virginia Schools for the Deaf and the Blind in Romney. An air of anticipation surrounds the campus as staff and employees wait for the students to arrive, like others have done before them for more than 130 years.

Seven years after statehood was declared, three determined young people traveled to the state capitol in Wheeling to perform a scholarly recitation for the legislature. In January 1870, 24-year-old professor Howard Hill Johnson, his older brother James, and Susan Ridenour - all sight impaired - set out to convince the legislators of the need for a state school for the blind. Their first task was to prove to the legislature that blind children could be educated. Secondly, they needed to demonstrate that such an institution merited the use of precious funds from the young state's meager budget. The previous year, Johnson, a respected public school teacher, had written to Governor William Stevenson and traveled around the state by train, gathering more skepticism than support for his cause. Now, the three young people bravely faced the legislators, performing music, recitations, and class drills. After an hour-long speech by Johnson, the delegates were convinced. One legislator, who was previously opposed to the bill, said, "Johnson, I'll vote for your bill if it costs a $100,000." 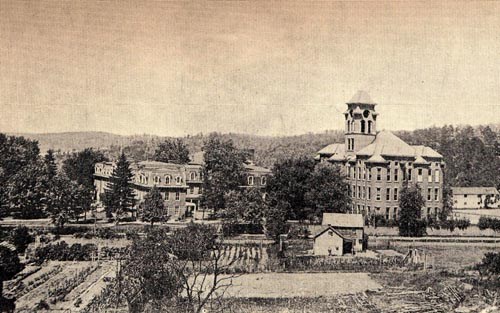